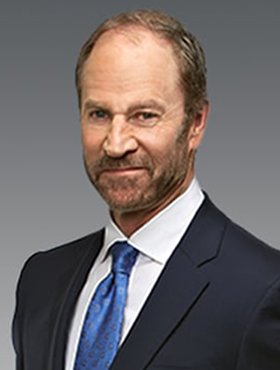 It is with heavy hearts that the family of R. Thomas (Tom) Morrissey, announce his passing after a courageous battle with cancer.

Tom is survived by his sons, Joshua (Josh) Morrissey and Jacob (Jake) Morrissey; several cousins, and extended family and friends. Tom was predeceased by his parents, Roy and Loretta; and sister Candice Morrissey.

Tom was born to Roy and Loretta (nee Maier) Morrissey on August 9, 1951, in Moose Jaw, SK, and was raised in Regina, SK. After graduating from Campion College in Regina, Tom moved to Calgary to attend the University of Calgary, graduating with a Bachelor of Science. Later, Tom furthered his education with a Master of Education from Gonzaga University and completed the Canadian Securities Course from the Canadian Securities Institute.

Tom enjoyed two very distinct career paths. The first, teaching and coaching high school and junior high in the separate school system in Calgary, capitalizing on his tremendous love of helping kids. Some of his greatest memories and proudest moments came coaching High School Basketball at Father Lacombe, guiding the team to a 4A provincial championship in 1983. His second career path took him into business and finance, owning a successful direct marketing firm, and later, in wealth management, as a financial advisor.

Sports were a massive part of Tom’s life, and in his youth, he played hockey, baseball and football, captaining many of the teams he played for. As he grew older, he was best known for his abilities on the football field as a Quarterback. Later, Tom renewed his childhood affection for animals, owning horses, and with his love of horseback riding, he competed in gymkhanas around southern Alberta. He proudly rode in the Calgary Stampede Parade as a member of the Calgary Western Riders, immensely impressing his young sons watching in the crowd.