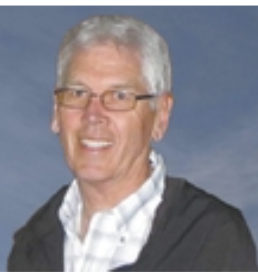 June 25, 1942 – January 4, 2022Calgary, AlbertaMark Hornby, beloved husband of Leoma (nee Greenwood), of Calgary, AB, passed away on Tuesday, January 4, 2022, at the age of 79 years.Mark was born and raised in Calgary where he attended King George Elementary, Branton Jr. High and William Aberhart High School. Mark’s love of music spanned decades, beginning in Junior High as a trumpet player and singing in choirs, then eventually moving on to playing the guitar. He joined a group called “The Esquires” as their lead guitar player in the 1960’s. They became one of the most popular dance groups in Southern Alberta and were the house band for the local television station CFCN’s Teen’n Twenty Show.While there was always music in Mark’s life, he graduated from the University of Calgary in 1968 with a Bachelor of Education degree. He then became a full-time teacher and part-time musician. Mark often taught music in his teaching career and was frequently seen bringing out his acoustic guitar for an impromptu singsong with his students. In 1988, Mark received his Master of Education degree, Specializing in Staff Development. In 1976 Mark’s part time music career took him to the “party-band” scene in Calgary forming “Festival”. “Festival’s” mix of current hits, RnB, as well as early rock and roll made them one of the most popular party bands in Calgary and the surrounding area. Mark wrapped up his music career in “Still Crazy” in 2006, spanning 30 years.Mark was a very strong supporter of his sons, Jason and Tyler and known to his grandchildren as “Pop”, delighted in their variety of exploits and passions. From educational accomplishments, music concerts to sports, he was so proud of their achievements. Over the years, many family ski and golf vacations were taken with extended family members and hilarious stories of those days are still told.After Mark retired from the Calgary Board of Education in 1998, he went on to teach at the University of Calgary as a Sessional Instructor. The flexibility allowed Mark and Leoma an opportunity to begin travelling. They have wonderful memories travelling throughout Europe with some of their long-time friends. Winter vacations to golf in California were a highlight and life-long friendships were formed.Mark was the “consummate handyman” beginning in his teen years building trailers for a local construction company during the summer. These skills continued throughout his life. His ability to find ways to fix anything was exceptional and he was heavily relied upon by his family.Mark was diagnosed with CLL (Chronic Lymphocytic Leukemia) in 2001 but maintained good health until his recent diagnosis of Mesothelioma.Mark will be dearly missed by his wife of 54 years, Leoma, as well as Jason, Michelle, Coltrane, and Ella; Tyler and Amelia; and his extended family, Marilyn, Les, Brent; Dick, Kathy, Jill, Emily, and Liam; Ian, Valerie, and Livia. We will hold you in our hearts forever.A celebration of Life will be held at later date. Condolences and memories may be shared at www.McInnisandHolloway.com.If friends so desire, memorial tributes may be made directly to the Canadian Cancer Society, 200 – 325 Manning Rd. N.E., Calgary, AB T2E 2P5 Telephone: (403) 205-3966, email donorservices@cancer.ab.ca. or hospicecalgary.ca (Rosedale Hospice).The family would like to thank Dr. Aliyah Pabani, Dr. Elaine Dumoulin and the Palliative Care team of Lyndsey Johnson and Dr. Foster for their compassion and care.