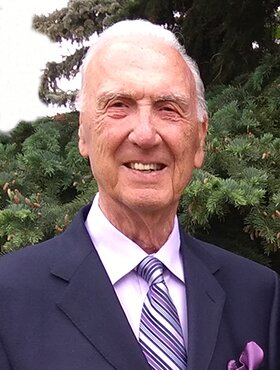 John (Jack) Parr, beloved husband of Katherine Parr (née Ainsworth), of Calgary, AB, passed away on Tuesday, November 30, 2021 at the age of 88 years.

John was born in Liverpool, England. He was a qualified electrician before becoming an educator which led to his life-long joy of “fixing things.” He and his wife immigrated to Canada in 1965 to teach in rural Alberta.

John always had an urge to travel; this took him many places. Touring Europe as a teenager, on an old motorbike, gave him many stories to share. In North America, camping adventures every weekend and holiday with neighbours and family created lasting memories.

In Calgary, John was a strong and respected teacher and principal in many schools. He worked in a variety of special settings and retired from Christine Meikle School.