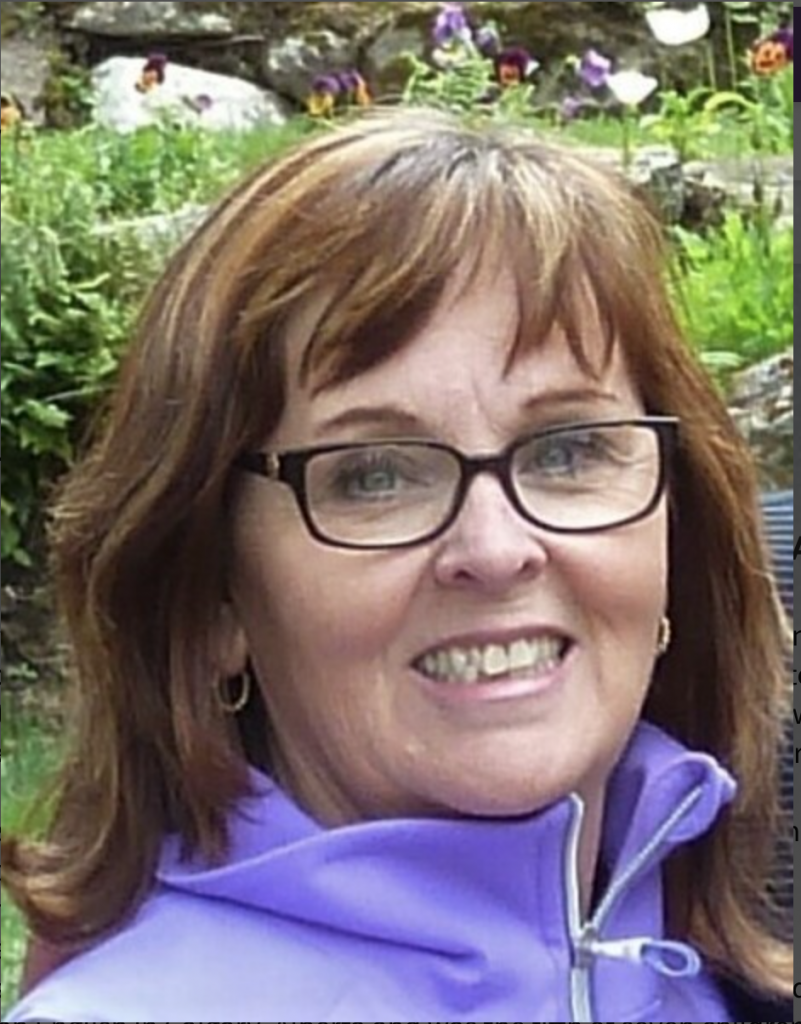 Devoted wife, mother and grandmother, extraordinary sister, aunt and friend. Accomplished teacher, lawyer, mentor, arbitrator and mediator.
Janet Francis Gaetano(nee English), 64, of Calgary, Alberta passed away peacefully on December 24, 2021 after an eleven-year battle with Early Onset Alzheimer’s.
She is survived by her husband, Danny; sons, Eliot and Santino (Jamie); grandchildren, Eva and Mia. She will be deeply missed by her sisters Pat (John) and Diane, brothers Richard (Ellen), Michael, David and Allan (Roger) and all her nieces and nephews.
Jan, as she was better known, was born on May 26,1957 to Claire and Joseph English in Calgary, Alberta and was the fifth of seven children. She grew up in the Mountview area of Calgary in a house designed by her architect dad.
A highlight of Jan’s childhood was her first trip abroad on a Russian oceanliner when she was only ten. She traveled with her parents and five siblings across the Atlantic to meet her older sister Pat, landing in London, England. The family traveled throughout Europe in a Ford caravan, eventually settling in Fiesole, Italy where Jan enrolled in the local elementary school and was making friends and speaking Italian in no time.
This trip solidified her love of travel, language and adventure. She spent two memorable years attending high school in Yellowknife, NWT and graduated from St. Francis in Calgary in 1975. The following year Jan returned to Europe with a friend, finding work as a nanny in Spain’s Canary Islands. Her Spanish-speaking skills came in handy when she was called on to accompany her sister Pat on another adventure to Colombia in search of Pat’s two daughters. The girls were eventually found and brought back to Canada, thanks in no small part to Jan’s fearlessness and savvy instincts.
Never one to sit around idly, Jan found work as a waitress, a bank teller and a business owner in her early 20s. She became one of the first female owner/operators for Shamrock Taxi in Calgary and had an article written about her in the Calgary Sun. She eventually enrolled at the University of Calgary to pursue a degree in Education and had her first son, Eliot soon after graduating.
Jan met the love of her life, Danny while working a temporary admin position in a Calgary office in1987 and they were married the following year.
Between the new marriage, a second baby and a move to Lethbridge, Jan somehow managed to complete a Bachelor of Laws degree from the University of Calgary. She began work at a local law firm and made partner in only three years. She eventually moved into mediation and arbitration, finding more satisfaction and much success in this career choice.
Besides work and travel Jan enjoyed activities such as golf, skiing, being a soccer Mom and taking long walks. She loved a good bowl of pasta paired with a nice, dry Chianti and being surrounded by her best friends and closest family members sharing hilarious stories.
Jan’s life was filled with music, finding enjoyment in everything from reggae and rap to Spanish ballads and Italian arias. She could be found listening to Julio Iglesias, Dean Martin or Ron Sexsmith one day and bopping along to Blondie or rapper 50 Cent’s “In Da Club” the next.
Jan was a force of nature, brilliant, funny and defiant to the end. Not afraid to push social convention or draw attention to herself, she took risks, had adventures and leaves us with a beautiful image of her flying down the highway in her silver Pontiac Firebird, a cigarette pressed between her lips, one hand on the steering wheel and the other changing the cassette tape.
A celebration of Jan’s life will be held the summer of 2022.
In lieu of flowers, please consider a donation to:
The Alzheimer Society of Calgary or The Bethany Care Foundation(Riverview)