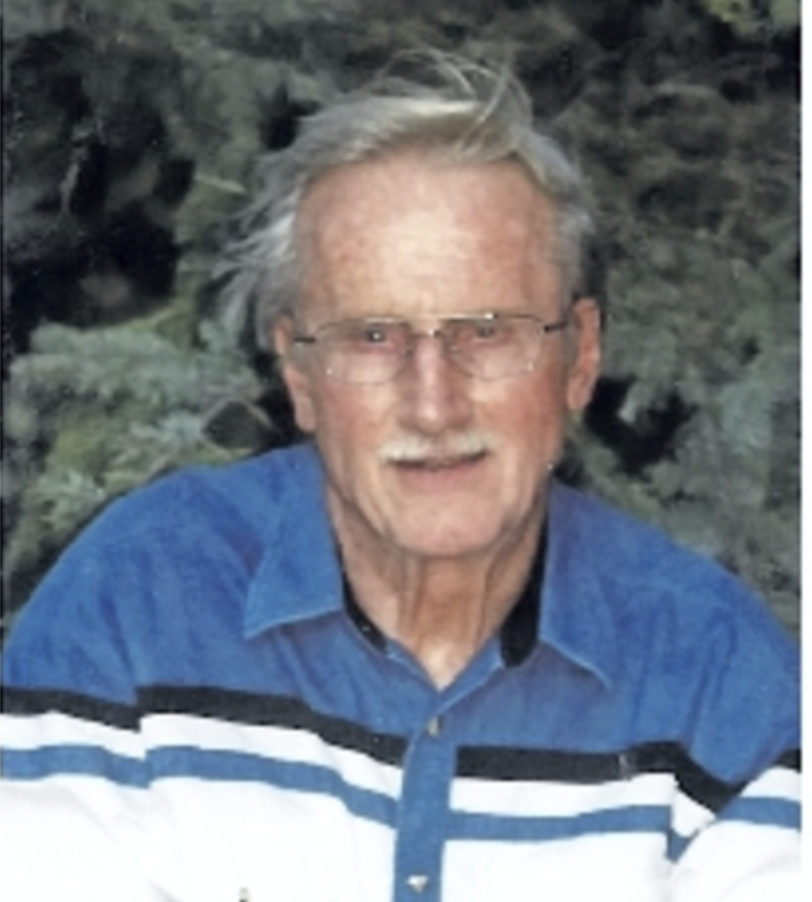 It is with profound sadness that the family of Gilmour Frank Hall Menzies announces his passing on March 20, 2022. Gil was brought into the world November 21, 1933 in Calgary at the General Hospital to his parents George and May Menzies. He attended Connaught and Western Canada High School where he was an athlete and Student’s Union President. He took up boxing in his early years followed by hockey, basketball, and track. He holds an Alberta track record in the 100 yards. Gil received a track scholarship to Washington State University but declined it in favour of attending University of Alberta to become a teacher. He taught mostly biology and some physical education in several Calgary high schools, eventually becoming science department head and then vice principal after achieving a Master’s Degree from University of Calgary. He kept his physical education interest up by coaching senior girl’s basketball. He also organized many fundraising events for various causes in the schools over his 30 year career.

During his working years, the family purchased 20 acres in Springbank where they built a home and landscaped five acres by starting trees in a nursery and transplanting them later according to a plan. There was also a barn and pasture for several horses for the children, all encouraged by Grandpa Andy, who also lived with them and contributed greatly to the running of the household. In 2005, Gil and his second wife, Lorraine, built a second home on the property after subdividing land, and then professionally landscaped that acreage. Gil had lived in Springbank for 48 years before moving back into Calgary in his final years.

Before retiring from education, Gil established GemScorp Landscaping Contracting and Consulting which he carried on into retirement for another 15 years. Since landscaping is seasonal, he pursued another winter passion besides downhill skiing: art, and established MenzArt – Gil Menzies Wildlife Art. He has created over 150 original large pencil works of North American wildlife along with limited editions, open editions and note cards. These works and the landscaping tie into his love of the outdoors; hiking, fishing, hunting – and all are biology related! In addition, Gil teamed up with fellow staffer, Bill Corbett, to build a log lodge from the standing timber in east central BC on the east end of Mitchell Lake near the divide. This became a treasured charter fly-in holiday destination with excellent fishing and improvement projects as well as a legacy to his future generations.

Gratitude and appreciation go to Wentworth Manor and Garrison Green for the care afforded Gil in his final three years.