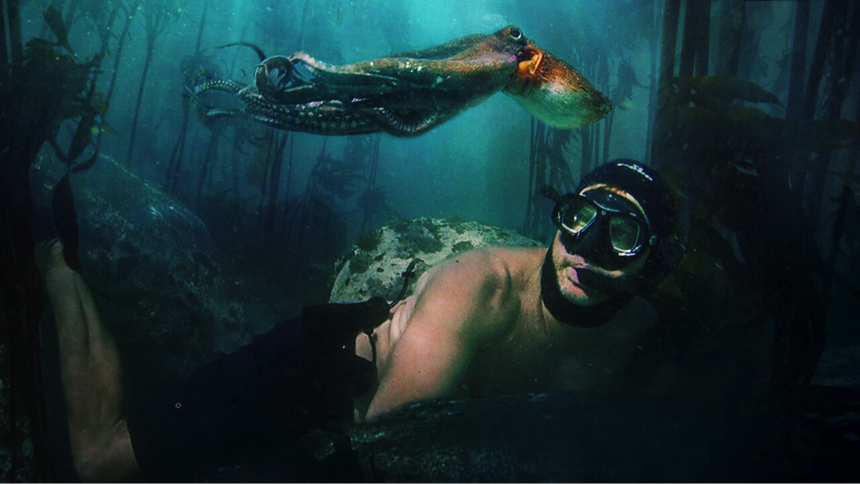 MOVIE FESTIVAL NIGHT AT THE CRTA!

NEXT UP: MY OCTOPUS TEACHER

Description of Activity:  Join us for a zoom dinner/movie/discussion night on Tuesday March 22nd at 6 PM. Film: My Octopus Teacher

What better way to come together (virtually) for our first movie of spring with friends and family to have a bite and watch a stimulating movie.

We began our 2022 film festival with the movies: Monsieur Lazhar and Harriet that resulted in thoughtful and stimulating discussion. The films are on Netflix if you missed it.

Our next film is on March 22nd. (trailer below)

If you have seen the film, you can either watch it again or just register and join us for the post film discussion with fellow members.

My Octopus Teacher is a 2020 film that scored a 93% approval rating from Rotten Tomatoes and audiences and won an academy award as best documentary.

The documentary: A cross-species friendship like this is something you’d probably expect to see in an animated movie rather than a documentary. My Octopus Teacher chronicles the bond between an intrepid young octopus and filmmaker Craig Foster. Foster not only earns the octopus’ trust, but is also given the opportunity to learn about the ins and outs of her life, while picking up some more profound lessons along the way.

Why it’s worth a watch: This doc scored an Oscar for Best Documentary Feature, and has scooped plenty of wins and nominations for other awards, as well as critical acclaim, since its 2020 release. It’s not your average nature documentary, with its close focus on one subject and the relationship between octopus and filmmaker, and there’s much to reflect on about humanity and nature by the time the credits roll.

THIS FILM WILL STIMULATE DISCUSSION AS IT HIGHLIGHTS THE RELATIONSHIP BETWEEN THE HUMAN SPECIES AND THE ANIMAL WORLD – NOTING THAT ALL SPECIES CAN LEARN FROM ONE ANOTHER.

PLEASE NOTE THAT FOR ALL FILMS THERE WILL BE A VIEWING OPTION!

As before, we will be using the zoom platform for this event. Once you have registered through the Event Registration on the CRTA website or via email, Ron Jeffery will send you the link to the zoom meeting room along with instructions. If you do not receive the link by March 21st , please contact Ron.

Ron will briefly introduce this 1 hour, 25 minute film and will lead the discussion following the film. We expect it will be a thoughtful and stimulating evening.

Please note that the film will begin at 6:15 after the introduction and members have logged on. All will be muted during the film and unmuted for our discussion. Late arrivals will not be admitted to avoid disruption during the movie. The film will end approximately 7:40 PM. (1 hr 25 min)

MY OCTOPUS TECAHER is a film available to watch on Netflix. If you have a subscription….you can watch an enhanced version on the platform on your own tv. You just have to search for the film on Netflix.

All other aspects will remain the same. Those who watch on Netflix will start at 6:15 and we will all get together to discuss the film shortly after it ends approximately 7:40 PM. Movie length is 1 hour and 25 minutes.

No one is left out!