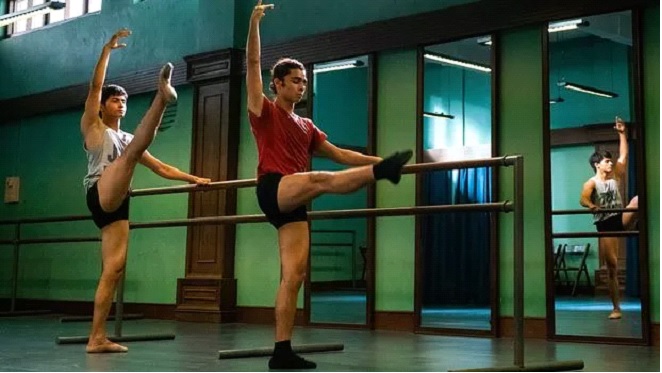 Description of Activity: Join us for a zoom dinner/movie/discussion night on Tuesday April 19th at 6 PM.

The Reader was not available for streaming but Yeh Ballet will be a wonderful film to finish our film festival for the 1921-22 season.

What better way to come together (virtually) for our last movie this season with friends and family to have a bite and watch a stimulating movie.

We began our 2021/22 film festival with the movies: Monsieur Lazhar and Harriet that resulted in thoughtful and stimulating discussion. Our last film My Octopus Teacher left participants with a feeling they will never eat squid again! The films are all on Netflix if you missed any of them.

Our next film is on April 19th . (trailer below)
If you have seen the film, you can either watch it again or just register and join us for the post film discussion with fellow members.

YEH BALLET is a Netflix Original Film. Subtitled with English, Hindi, French spoken during the film.

“I never wanted to become a dancer. I would hide in the school bathroom (when we had to dance). But as a teenage boy I was introduced to power moves, and backflips seemed cool. I don’t know what he (Yehuda Maor ) saw. I didn’t know ballet, my English was bad, and all the terminologies are in French. Everything he said (went over my head)! So he stayed after class with me the next day, saying ‘I’ll teach you, because you’re doing it all wrong!’”

Dancing is a passion of the rich, believes Manish Chauhan , the 21-year-old son of a taxi driver in suburban Mumbai. Yet he, like his friend, 15-year-old Amiruddin Shah daydream of becoming principal ballet dancers in big American companies. Ballet arrived in their lives as a lucky accident only three years ago, when Yehuda Maor discovered their talent. A scholarship to study at New York’s prestigious Joffrey Ballet School doesn’t materialize after they are rejected for US visas. Today Amir Shah is poised to attend ABT (American Ballet Theatre Jacqueline Onassis School). He is being funded by a billionaire Indian scientist Dr. Yusuf Hamied chairman of Cipla. Since this film was made Amir’s story has caught the global eye and he has been written about and filmed extensively. His BBC story got 2 million hits. Yeh Ballet is Manish Chauhan’s story before they found global recognition.

THIS FILM WILL STIMULATE DISCUSSION AS IT HIGHLIGHTS THE CULTURAL CHALLENGES FACED BY TEACHERS AND STUDENTS – WHETHER IN THE CLASSROOM OR ON THE STREET. IT IS ABOUT FAMILY; IT IS ABOUT ART; IT IS ABOUT EDUCATION; IT IS ABOUT PERSERVERENCE AND MOST OF ALL, IT IS ABOUT BEING THE BEST YOU CAN BE.

As before, we will be using the zoom platform for this event. Once you have registered through the Event Registration on the CRTA website or via email, Ron Jeffery will send you the link to the zoom meeting room along with instructions. If you do not receive the link by April 18th , please contact Ron.

Ron will briefly introduce this 1 hour, 57 minute film and will lead the discussion following the film. We expect it will be a thoughtful and stimulating evening.

Please note that the film will begin at 6:15 after the introduction and members have logged on. All will be muted during the film and unmuted for our discussion. Late arrivals will not be admitted to avoid disruption during the movie. The film will end approximately 8:15 PM. (1 hr 57 min)

YEH BALLET is a film available to watch on Netflix. If you have a subscription….you can watch an enhanced version on the platform on your own tv. You just have to search for the film on Netflix.

All other aspects will remain the same. Those who watch on Netflix will start at 6:15 and we will all get together to discuss the film shortly after it ends approximately 8:15 PM. Movie length is 1 hour and 57 minutes.

No one is left out!