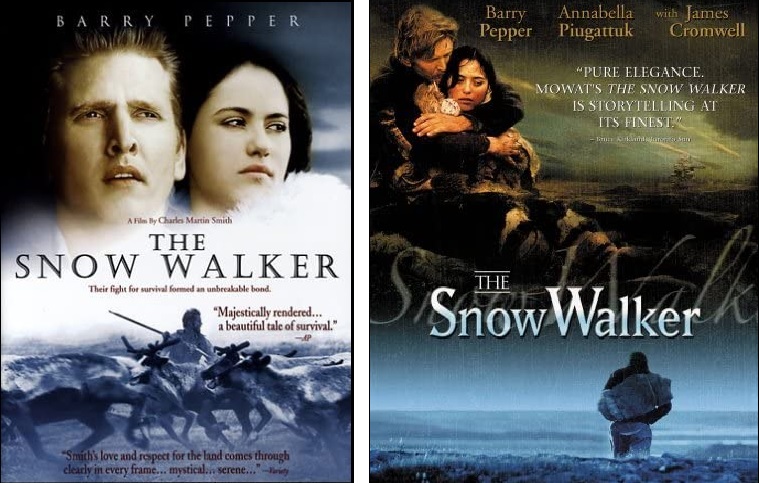 MOVIE FESTIVAL NIGHT AT THE CRTA: THE SNOW WALKER

WE ARE BACK FOR OUR THIRD SEASON!

Description of Activity:  Join us for a zoom dinner/movie/discussion night on Tuesday November 15th  at 6 PM. 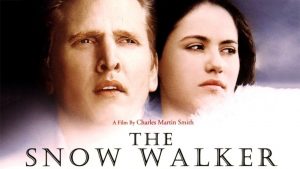 What better way to come together (virtually) for our first movie this season with friends and family to have a bite and watch a stimulating movie.  Our members love the discussion at the end of the film to share reactions and ideas about the film.  If you watch the film at another time, you can still join us for the discussion!

We will be showing award winning festival films over the next several months and you are encouraged to mark your calendar so you don’t miss any of them!

ALTERNATES:  The Ballad of Buster Scruggs; The Pianist

The Snow Walker is a 2003 Canadian survival drama film written and directed by Charles Martin Smith and starring Barry Pepper and Annabella Piugattuk. Based on the short story Walk Well, My Brother by Farley Mowat, the film is about a Canadian bush pilot whose life is changed through an encounter with a young Inuk woman and their challenge to survive the harsh conditions of the Northwest Territories following an aircraft crash. The film won six Leo Awards, including Best Lead Performance by a Male (Barry Pepper), and was nominated for nine Genie Awards, including Best Motion Picture, Best Performance by an Actor (Barry Pepper), Best Performance by an Actress (Annabella Piugattuk), and Best Adapted Screenplay (Charles Martin Smith)

Review from a viewer:

The movie is exceptionally well made, especially considering its low 10 million CDN budget. The camera is well controlled, and the beautiful scenery is captured as well as in any film. Barry Pepper is, as always, a natural talent. He takes the arrogant Charlie on a journey not only of Canada’s Northwest Territories, but of character development. Annabella Piugattuk is wonderful as the succinct Inuit girl. Despite language barriers, the two characters manage to communicate well enough, and their relationship blossoms in a fascinating way. You’ll find this film exciting, and it is much more entertaining than you’d expect. My only wish was that the film’s conclusion was extended; I wanted to see more.” 9/10 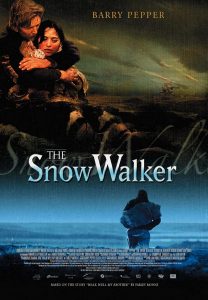 THIS FILM WILL STIMULATE DISCUSSION AS IT HIGHLIGHTS THE ENVIRONMENTAL AND CULTURAL CHALLENGES FACED BY THE CHARACTERS IN A COMPELLING STORY OF SURVIVAL.

As before, we will be using the zoom platform for this event. Once you have registered through the Event Registration on the CRTA website or via email, Ron Jeffery will send you the link to the zoom meeting room along with instructions. If you do not receive the link by November 13th, please contact Ron.

Ron will briefly introduce this 1 hour, 43 minute film and will lead the discussion following the film. We expect it will be a thoughtful and stimulating evening.

Please note that the film will begin at 6:15 after the introduction and members have logged on.  All will be muted during the film and unmuted for our discussion.  Late arrivals will not be admitted to avoid disruption during the movie. The film will end approximately 8: PM. (1 hr 43 min)

THE SNOW WALKER is a film available to watch on Netflix.  If you have a subscription….you can watch an enhanced version on the platform on your own tv.  You just have to search for the film on Netflix.

All other aspects will remain the same.  Those who watch on Netflix will start at 6:15 and we will all get together to discuss the film shortly after it ends approximately 8:00 PM.  Movie length is 1 hour and 43 minutes.

No one is left out! And of course….you can have dinner or popcorn during the film without disturbing anyone!!