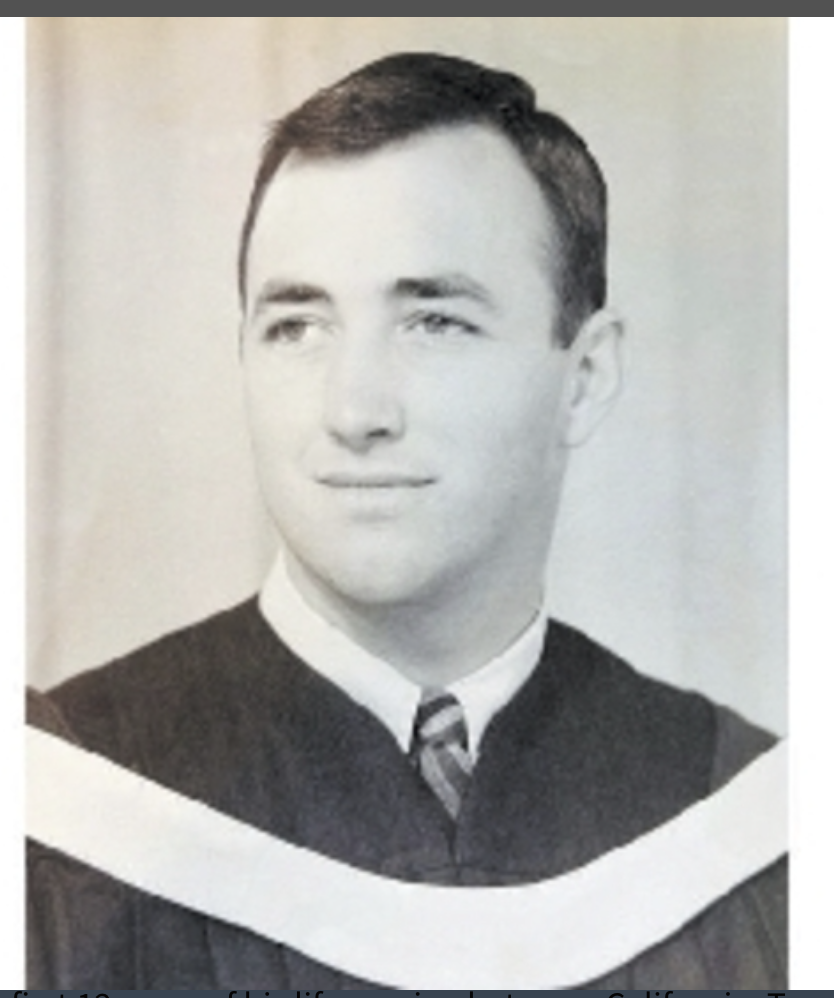 Jim passed away in the early hours of December 15, 2021 at age 78 after a short battle with pancreatic cancer.

Jim was born in San Francisco, CA to Gordon and Peggy Christie, and spent the first 12 years of his life moving between California, Texas and Montana before their growing family settled in Calgary in 1955. He attended St. Mary’s Boys School where he was a standout athlete in basketball and football. It was also during his time in high school where he met his wife Cheryl, sneaking over often to St. Mary’s Girls School to spend time with her.

After high school Jim attended the University of Calgary where he earned a degree in Mathematics and Physical Education and where he represented the school in golf, football and basketball where he was a key member of the Dino’s team that went to the National Championship in 1966. After graduating from U of C, Jim and Cheryl were married in 1968 and then moved to East Lansing, MI where Jim earned a Master’s degree in Physical Education from Michigan State University. While at MSU they enjoyed campus life, meeting many friends and having the times of their lives. After returning to Calgary, Jim and Cheryl began their teaching careers and started their family soon after, with sons Geoff and Colin and daughter Dana.

Jim’s true passion in life was golf. He was a member of the Glencoe Club since 1984 and played in many club, city, provincial and national championships. He was fortunate to have learned the game at Shaganappi as a young boy, where he and his brothers would often sneak on to the course after dinner and where he fittingly played the last round of his life this past October.

Jim’s life is best described as one of service. Jim was a teacher, coach, volunteer and caregiver. As a testament to his impact on others, several of his students and athletes had kept in touch with Jim for nearly 50 years, right up until the last days of his life. Most importantly, he was a caregiver to his wife Cheryl, who has suffered from Spinocerebellar Ataxia for nearly 40 years. His steadfast dedication to Cheryl embodied his finest qualities of selflessness, generosity and commitment.

Jim is predeceased by his parents, Gordon and Peggy and his brother Mike. He is survived by his brothers David and Tom and his sisters Missy and Susie and numerous nieces and nephews who showed incredible support to his family over the past several months. He will be greatly missed by his wife Cheryl and his children and 8 grandkids – Geoff (wife Candice, grandkids Zach, Cameron, Avery), Dana (husband Paul, grandkids Charlie and Taylor) and Colin (grandkids Declan and twins Emmeline and Rowan)

We wish to thank the incredible team at Rosedale Hospice. We are forever grateful for this outstanding facility and the empathy, dignity and love they provided to Jim while in their care. In lieu of flowers, we would ask that donations be made in Jim’s honor to Rosedale Hospice at the following link www.hospicecalgary.ca/donatenow/.

Photos, memories, and condolences may be shared with James’s family through www.evanjstrong.com